The Louisiana Ragin Cajuns have put another player in a postseason all-star game.

Andre Jones will represent the Vermilion and White in the East-West Shrine Game, held on Thursday, February 2 in Las Vegas. Jones, a senior from Varnado, Louisiana, has been a leader for the Cajuns’ defense since 2019.

The redshirt senior has started every game for the Cajuns in 2022, racking up 51 tackles, 8.5 tackles for loss, and 7.5 sacks. Jones finished the 2021 season with 60 tackles and six sacks.

Every year, the East-West Shrine Bowl has featured some of the top talents in the game, including Tom Brady, Walter Payton, Lawrence Taylor, and others. JaMarcus Bradley and Elijah McGuire are just two of the former Cajuns to play in the event.

Jones and the Louisiana Ragin Cajuns will await their bowl destination when the matchups are announced Sunday afternoon. 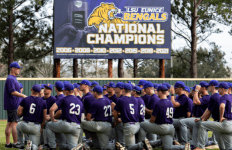 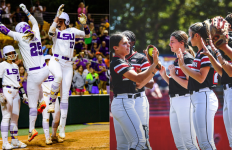