Dale Brown Court won’t appear on the floor inside the Pete Maravich Assembly Center until the official unveiling the night of the Kentucky game. Coach Brown asked that the court be unveiled at the Kentucky game.

The LSU Board of Supervisors approved a resolution to name the basketball court after the longtime LSU coach in September. 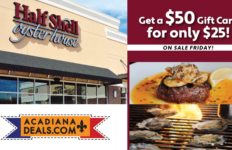