In his nearly 40 years as head coach of St. Thomas More men’s basketball program, Broussard has collected a plethora of memories on the hardwood. From leading the Cougars to more than a dozen trips to the Top 28 to four state championships and more than 1,000 wins, Broussard thought he had seen it all. That was until recently when his STM squad took on Southside High.

“It was almost like a miracle,” Broussard said. “Every shot they were putting up seemingly went well. We could play this game over 25 times and what happened on that Friday night would never happen again.”

In the game against Southside High, the flurry of scoring began with Travis McFarland draining a jumper in the middle of the lane followed by Mason LeBeau driving to the lane and crossing up a player from Southside High before pulling up for a shot. LeBeau’s shot, though, rimmed out of the basket, but a teammate pulled down the rebound and passed it back out to the guard who drained it on the second attempt.

With the crowd inside the Cougar Dome brought to a frenzy, the scoring barrage was capped after Grant Trahan swiped the ball out of the hands of a Southside High player and then drove baseline and had his shot bounce softly off the glass and fell through the basket.

So why was this game so special and significant? Because it wasn’t your typical high school basketball game. The game was STM’s annual Options Game – a special four-minute game featuring a trio of students that take part in the school’s Options Program, which provides an opportunity for students with disabilities to enjoy their high school years on a campus with accepting peers while meeting their individualized academic needs.

“It was really exciting,” said STM senior Christian Trahan, younger brother to Grant. “Just being on the court with him and seeing the support from just not STM but the community was something special. It is hard to put into words.”

The roots of the STM Option Game can be traced back to the 1986 East-West All-Star Game held in Baton Rouge.

It was there that Broussard as a young coach was introduced to Alphonse “Al” Ellis, a die-hard basketball fan from Jonesville, Louisiana who also had autism. Ellis – who passed away at the age of 75 in 2016 – had become a fixture at LHSAA state basketball championships and was a close friend of legendary LSU basketball coach, Dale Brown.

A mutual friend introduced Ellis to Broussard, and that friend made it a point to tell the hoops fanatic of the STM’s coach new holiday tournament – the Sunkist Shootout. Not long after, Ellis made his way to Lafayette.

“It was the Tuesday before Christmas that year, and I was teaching algebra,” Broussard said. “The secretary in the office came to me and said that this guy had called the school three times asking for me. I asked her what his name was, and she answered ‘Alphonse Ellis’. I laughed and went to the phone, and he was on the other end. He asked about the tournament and when it started. He said, ‘I’m coming.’”

That began a great friendship between the two men.

“I don’t even think I told my wife this, but I had to get him a hotel room at the old Hotel Acadiana,” Broussard said. “He spent the whole four days with us. From that time on, he came to the next 12 Sunkist Shootouts before his health got too bad for him to come. I have always had a place in my heart for special needs kids.”

As fate would have it, Broussard remained at STM – a school that would create its own program for special need students in the Options Program.

STM currently has 18 students in its Options Program, which is specifically designed for those students with a mild or moderate disability, do not have behavioral problems, are independent in self-help skills and don’t have any bathroom or cafeteria needs.

“For teenagers and high school students, it is all about what everybody does, and we are blessed here at STM that our students are very accepting,” said STM Options Program Director Jennifer Landry, who holds a special education degree from UL. “Our seniors are always wonderful with our kids, and that makes them great role models for the rest of the student body. So, when the freshmen come here, they already see how these kids should be treated.”

With the program up and running, Broussard saw an opportunity to have those students become more included in Cougars sports. That is why five years ago, he started the Options Game.

Every season, STM has hosted an Options Game, usually against an opponent that will draw a large crowd. This year’s game was against Southside High who just so happens to be coached by a former player of Broussard’s.

”When he called me I had no hesitation,” Southside High head coach Brad Boyd said. “The crowd was so involved. It made it a real game. I was blown away by it.”

“Our guys really embraced it,” Boyd added. ”We kind of told them how to play it up but they improvised some too. My player who got crossed over (freshman Jaden White) even got called into the principal’s office for embracing his role.”

The STM trio themselves take part in practice every Tuesday of the season, and Broussard himself usually works with them on dribbling, passing and mostly shooting drills.

“If they can make two free throws, then our team doesn’t need to run at the end of practice,” Broussard said. “They get really excited about that. They eat it up, and so does the rest of the team. Most of the time they make them. I think only once in five years the team has had to run.”

Landry, who was inspired by her mentally disabled brother to follow a career path with special needs students, said having the students be part of Broussard’s team has done wonders.

“The kids love to be included, and they love sports,” Landry said. “They truly love spending time with their peers. They completely consider themselves a part of the basketball team. For them, it is super fun, and for me, I think it is super fantastic.”

Wade Trahan always dreamed he would be blessed with sons.

Trahan had his prayers answered as he was blessed to have three healthy boys – Grant (19), Christian (18) and Hayes (14). His oldest son, though, has a special place in his heart for a multitude of reasons.

“They brought Grant straight into the ICU unit,” Wade said. “The nurse said ‘we don’t mince words here – your son may have trisomy 21 (Down syndrome).’

“I am trial lawyer by trade,” Wade added. “So, I went into cross examination mode. The nurse then showed me the signs that he had Down syndrome. Instead of having lines that cross in his hand he has a single crease, the spacing between the big toe and the other toes and the spacing between eyes.”

Trahan and his wife made the decision while still in the hospital that they would make sure that their son would be treated no different than any other child.

“We vowed that we would treat him as any other child,” Wade said. “That’s what we did.”

The Trahans would go on to have two more sons who do not have Down syndrome, and the bond between the brothers is a strong one and developed through love of all sports – first through youth baseball and then basketball.

“We always went to school together,” Christian said. “There was never a time in which we didn’t go to school together. I always realized that he had Down syndrome, but I really realized it when other kids came up to me and asked questions about him because he would do things out of the norm.

“That made me realize that he just needs someone to look after him,” Christian said. “He looks after me too. It is a two-way street.”

Looking out for one another and a passion for basketball are two traits shared by the Trahan brothers, but what about that competitive edge? Who is the most competitive of Wade’s sons? Grant.

“He is the most competitive in the family; I am not going to lie,” Christian said. “I am competitive, but at the end of the day, it is just a game. With him, you win or die. He wants to win in everything. He wants to enjoy it too. If he is beating you, he is going to let you know it. He will celebrate like (Michael) Jordan after he won his sixth ring.”

The Trahan patriarch echoes that sentiment.

“We have always tried to travel as family,” Wade said. “Every year, we took all three of them on a summer vacation. This one year, we took them to Buffalo River in Arkansas. I rented two canoes, and we canoed down the river for more than five miles.

“I put Christian and Hayes in one canoe, and Grant was with me in the other. We weren’t really racing or anything, but (Grant) took it so seriously. Anytime my other two sons would get close to us, he would try to tip them over. They ended up beating us to shore. Grant was so mad that he got out and took his paddle and slammed on the gravel and then walked to the camp and didn’t talk to anyone else.”

Grant may have not talked that day along the river but is more than happy to open up about being part of the STM family.

When asked what he loves the most about basketball, he responded that he “loves shooting” and said playing in the game was “very special.” His favorite player is his brother Christian.

LeBeau, meanwhile, loves shooting as well, but his favorite part of being a Cougar is “coach.”

McFarland prefers “defense” over shooting, and his favorite Cougar is his “Coach Broussard.”

Having his both of his sons share the same basketball court means the world to Wade, and he further said that it helps dispel many misconceptions about children with Down syndrome.

“The power of inclusion is so important,” Wade said. “Not only does being part of this team help propel them into gaining confidence and being accepted by their peers, but it also dispels any myths about their capabilities. It is a blessing.”

For Broussard – who once again is putting yet another state championship caliber team on the court – the Options Game is his favorite game of the season, whether this season or any of the past five seasons.

“It is the most special night of the year for me bar none,” Broussard said. “To see those kids’ faces with those expressions of happiness is truly special. You see them in the dressing room interacting with the other kids. There is nothing more significant than what we do here at STM.

“It’s not what we did for those kids,” Broussard added. “It is what those kids do for us.”

Due to Possible Bad Weather, High School Football Games Being Moved to Thursday→ 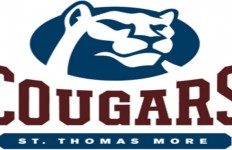 STM Rallies for 51-49 Win Over Carencro→ 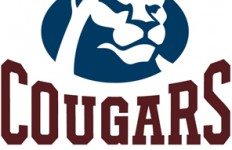