The regular 5:50 p.m. post time will be in effect for both of those dates.

Evangeline Downs has suffered several weather-related cancellations since the season started on April 3. Hurricane Barry is the most recent cause of this happening with the Saturday, July 13 program being cancelled in anticipation of the storm’s impact on the Louisiana area.

In a statement, Evangeline Downs’ Director of Racing Chris Warren said that this was a decision made in conjunction with the track’s horsemen, “Boyd Gaming has agreed to work with the HBPA to add two additional race days to offset some of the days that were lost during the season.” 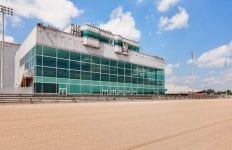