Former University of Louisiana Running Back Trey Ragas got cut from the initial 53 man roster on Tuesday. Ragas got signed onto the Raiders practice squad on Wednesday.

The undrafted rookie scored two touchdowns and rushed for over 100 yards off 28 carries. Ragas averaged 3.64 yards per carry in three preseason games for the black and silver. 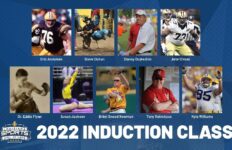