SULPHUR — The defending Class 4A champions outslugged Eunice on Friday evening. No. 1 seed North DeSoto hit seven home runs as the Griffins posted a mercy-rule 18-5 victory over the No. 8 seeded Bobcats at Frasch Park.

HOW IT HAPPENED:
North DeSoto’s Mia Norwood led off the game with an infield single and Raegan Brown joined her on the base paths after being hit by a pitch from Caroline Vienne.

After a pop up by Maddy Stringer, Payton Miller took a pitch from Vienne and lifted over the left field wall for a three-run home run.

The Griffins would go on to add two more runs in the frame to lead 5-0.

The Bobcats loaded the bases as both Raegan Fontenot and Carli Boone were both hit by pitches. Sophie Vidrine then laced a pitch into the gap between left and centerfield to clear the bases.

The Griffins answered in the bottom frame as Maddy Stringer took a Vienne pitch and hit a two-run homer over the left field wall. Miller then stepped to the plate and hit a solo home run.

After a walked batter and another gets on base due to an error, North DeSoto added to its output with a three-run home run by Ciara Orgeron.

Eunice plated a run in the top of the third but North DeSoto answered with another three-run home run in the bottom frame and scored seven runs in the frame.

That would be plenty as North DeSoto would win the game by mercy rule in the fifth inning.

BIG NUMBER: 7
North DeSoto blasted a total of seven home runs in Friday’s semifinal victory over Eunice. The Griffins hit all of those home runs in the first three innings.

PLAYER OF THE GAME: PAYTON MILLER

Miller went 3-for-3 with two home runs and one single in Friday’s semifinal victory over Eunice.

UP NEXT: North DeSoto will face Franklin Parish in the Class 4A state championship game on Saturday. First pitch is set for 4 p.m. 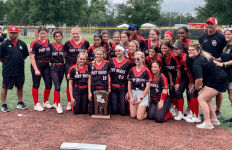 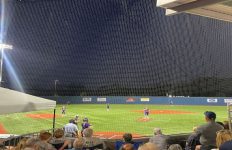 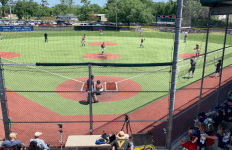 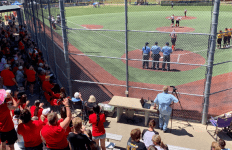