The LSU Eunice Bengals announced Dottie McDonald as the Women’s Basketball program’s interim Head Coach earlier this week.  McDonald, who is familiar with the program served as the Dean of Health Sciences and Business Technology for the past 14 years.

The staff is rounded out by Loysha Moore (left) and Jacob McDonald (right).  McDonald will serve as the top assistant for both the men’s and women’s programs this season, while Moore rejoins the Bengal women after serving as an assistant for the 2019-2020 season.

“Dottie is the definition of a leader and molder of young minds and is fully committed to putting her players first above anything,” LSU Eunice athletic director Jeff Willis said. “Dottie, along with Jacob and Loysha, make up a great coaching staff that will produce winners both on and off the court.”

Dottie McDonald oversaw LSU Eunice’s Allied Health department’s growth as a leader in the space both locally and statewide.  She has been actively involved with the LSUE athletic department for more than a decade, serving in several different capacities.

“This has been something I’ve dreamed about for a long time,” LSU Eunice interim head coach Dottie McDonald said.  “I absolutely love being around the team and I can not wait for our LSUE community to see them play.”

Rejoining the staff will be Moore after she helped guide LSUE to the 2019-2020 LCCAC regular season championship.  A former standout at Garden City Community College (NJCAA) and the University of Memphis (NCAA), the Toronto, Ontario, Canada native coached for two seasons at Nebraska Wesleyan University before making her way to the Cajun Prairie.

“Jacob and Loysha are two individuals that not only have great basketball knowledge but come into this season already familiar with several of our student-athletes,” Willis added.  “Their coaching pedigree and knowledge of our basketball programs made them tailor-made for this staff.”

The Bengals return a trio of All-LCCAC performers including 2021-22 second-team member Vanessa Duhe.  The regular season schedule for the Bengals will be announced next month. 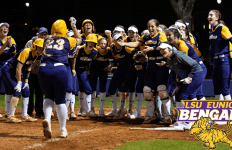 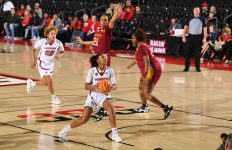