With the fall schedule being announced Wednesday for the LSU Eunice softball. Eight of their slated games will be against Louisiana four-year colleges out of the twelve.

The Bengals will play their entire slate on the road beginning Friday, September 30 against Southeastern Louisiana.

“We wanted to challenge our young ladies and give them the opportunity to play against the best this state has offer,” LSU Eunice softball head coach Meghan Collins said.  “Our team will learn a lot about itself over this fall schedule as we will look to build together towards the 2023 season.”

The Bengals start the fall with a tour of Southland Conference schools with dates at Southeastern Louisiana (September 30), McNeese State (October 6), and Nicholls State (October 8).

LSUE then heads north for a weekend set at Louisiana Christian (October 15) and ULM (October 16), followed by an October 23 date with Louisiana Tech.

LSUE will close its schedule with games against two of the state’s perennial powers, heading to Louisiana on October 30 and LSU on November 11.  The LSU doubleheader will also feature a match-up against fellow NJCAA school Northwest Florida State College.

The Bengals are fresh off the program’s 10th NJCAA National Tournament appearance and return a solid portion of that team, headlined by NJCAA All-American pitcher Chloe Bennett.  The Rosepine HS product is one of five regular starters back for Meghan Collins, who enters her fourth year on the Cajun Prairie. 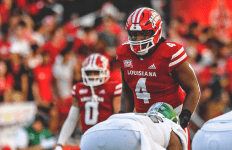