The high-powered LSU offense returned to Tiger Stadium after a dominate 66-38 victory over Vanderbilt two weeks ago and a much-needed bye last week.  After several games where the offense shined, it was up to the defense to step up and stop the “warp speed” Aggie offense. LSU used an increased focus on the run game to dominate both the Aggies and time of possession on their way to a 42-6 victory.

LSU got the ball first and drove 75 yards down the field in 12 plays to score on a 7-yard touchdown pass from Joe Burrow to Derrick Dillon.  LSU leads 7-0.

After forcing a punt, the Tigers start off on their own 5-yard line. Joe Burrow missed a throw intended for Racey McMath that was intercepted by Cameron Haney at the 26 yard-line and returned to the 7-yard line.

Tigers start off on their own 25-yard line. Joe Burrow completes a pass to Justin Jefferson, who took it 38 yards down the field. Edwards-Helaire fumbled at the 1-yard line. Moss recovers for the Tigers.  Burrow with the QB sneak for a 1-yard touchdown! LSU leads 14-6.

Tigers force Utah State to punt but a roughing the kicker penalty by Eric Monroe keeps the drive alive for the Aggies. Jordan Love completes a big pass downfield to the LSU 29-yard line. Derrick Stingley Jr intercepted the ball at the 1-yard line.

Utah State received the ball to start the second half and went 4 and out. LSU took over at it’s on 47-yard line and goes 53 yards in 11 plays, capped off when Joe Burrow completed a 30-yard throw to Justin Jefferson in the end zone. LSU leads 28-6.

On the next drive, Kary Vincent Jr intercepted QB Jordan Love.  LSU goes 44 yards on 7 plays that ended with a Joe Burrow pass to Thaddeus Moss for an 8-yard score. LSU leads 42 – 6.

Grant Delpit has another LSU interception that set LSU up at the Aggie 33 yard line.  The Miles Brennan led drive ended with a 51-yard field goal attempt that was no good.

Player of the Game: Joe Burrow

Joe Burrow finished the day early in the 4th quarter going 27/38 passing with 344 yards and 5 touchdowns. Burrow rushed for 42 rushing yards on 10 carries.

Next Up: October 12th vs Florida; Kickoff at 7 pm 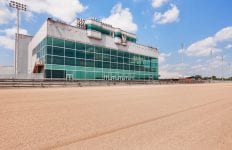