According to an official statement from the university, The Tigers have their man.

Matt McMahon, the head coach of Murray State for the past seven seasons, has been named the 25th head coach in school history to take over the LSU basketball program. Details of the contract are unspecified at this time. However, it is expected that the deal will be long-term to accommodate the NCAA sanctions that are pending for LSU.

McMahon, a graduate of Appalachian State University, have led the Racers to a 154-67 overall record since 2015, which included four regular season Ohio Valley Conference titles and three OVC Tournament championships.

McMahon is most notably known for his 2018-2019 season at Murray State, where he coached future 2nd overall pick and NBA All-Star Ja Morant. Morant led the Racers to a Round of 32 appearance in the NCAA Tournament, averaging 24.5 points, 10 assists, and 5.7 rebounds a game, including a triple-double in the First Round win over Marquette, 83-64.

This is a solid hire by Scott Woodward and his staff to keep LSU Men’s Basketball on the right track, barring any serious punishments to the program itself from the Will Wade investigation by the NCAA. 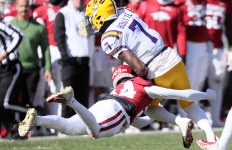 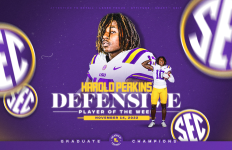