Rudd, who is one of greatest rebounders in school and Southland Conference history, will have his No. 52 jersey retired prior to the Cowboys’ conference game against Houston Christian University. Tip is set for 3 p.m.

“I’m so honored to officially retire one of the best players to ever wear the blue and gold,” said McNeese Director of Athletics Heath Schroyer. “John had an incredible career. However, what is just as impressive is the life and career John has had after his playing days. John bleeds blue and gold and is a great ambassador for our department and university.”

Rudd was a four-time All-Southland Conference player, who earned first-team honors in 1977 and 1978 and continues to hold the honor of being the only player in conference history to be crowned rebound champion three times.

Rudd ended his career as the all-time second-leading rebounder in school history with 11.6 per game which also currently ranks him fifth in the conference. His 1,181 career total rebounds are ranked No. 2 in school and fourth in SLC history while his 13.7 rebounds per game in 1976 continues to stand as the school’s single-season record and is the eighth-most in the conference record book.

“Rebounding was more of a mindset,” said Rudd. “The guys I played with, you knew who got the ball, they were going to shoot it. It was more of a calculation. Whoever had the ball, if you knew they were going to shoot short, you’d go get the rebound short. You understood who you were playing with and I think that’s how it gave me the ability to win the rebounding title.”

Rudd played with and against some of the best and toughest players to ever play in the Southland Conference, including teammates Henry Ray, Edmond Lawrence and David Lawrence, Louisiana Tech’s Mike McConathy and Lankey Wells, Centenary and Boston Celtics great Robert Parrish, Andrew Toney of Louisiana (then USL), and B.B. Davis of Lamar, just to name a few.

Rudd was the 10th pick (32nd overall) in the second round of the 1978 NBA Draft by the New York Knicks. He was inducted into the McNeese Sports Hall of Fame in 1986.

“This retirement is way past due,” said Schroyer. “I’m honored to officially retire the great John Rudd’s jersey Saturday!” 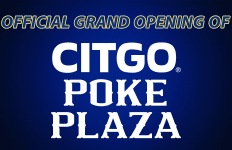 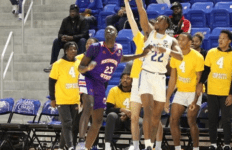 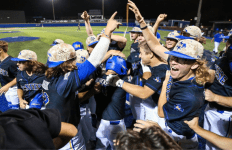 McNeese baseball to play 33 games at home this season→