Week 5 was a memorable week. Browns versus Chargers and Colts versus Ravens are both instant classics with a bunch of fantasy points scored throughout the weekend. Week 6 begins the bye weeks for some team, but that doesn’t mean there aren’t intriguing matchups within these next slate of games.

Matthew Stafford – Stafford has looked like a whole new quarterback to start this season and showed up against some big time opponents. The Giants defense has looked good at some points during the season, but we saw what happened last weekend when a talented QB has a bunch of offensive talent around him. They are susceptible to the deep shots and that’s Stafford’s favorite throw.

Jonathan Taylor – After an explosive performance Monday night, I expect to see more of the same when the Colts take on the Texans. Houston is 26th in run defense and Taylor had two really good games last year against the Texans.

Ja’Marr Chase – The Joe Burrow to Ja’Marr Chase connection has been alive and well, averaging a touchdown a a game. The Bengals face the Detroit Lions, who have struggled to cover outside receivers this year. I expect 100 yards and another touchdown this Sunday.

Mark Andrews – The Chargers defense has had some trouble slowing down opposing tight ends the last few games like Travis Kelce, Darren Waller and even David Njoku had an insane performance last Sunday. Andrews and Lamar Jackson were in-sync with one another one Monday night and the connection between the two looked like it did previous seasons.

Antonio Gibson – Gibson hasn’t seen as much action as he did last year catching the ball, but has put a lot of work on the ground. The Chiefs are fourth worst in the league in stopping the run and see a big day for Gibson rushing the ball.

Miles Sanders – Sanders just continues to disappoint fantasy owners with his lack of production. He’s barely involved in the pass game and will go up against the number run defense in the Buccaneers.

Dawson Knox – Knox has had two big games in a row, but that production will take a dip this week. Going up against a Titans team that hasn’t allowed a big game to the tight end position yet this season.

Tyler Lockett – The Russell Wilson injury could play a big role in Lockett’s success. When Geno Smith came in last Thursday, he was mainly looking for DK Metcalf. Lockett while go up against the Steelers who haven’t given up huge games to the inside receivers.

Ryan Tannehill – The Buffalo Bills defense has swallowed up opposing quarterback since week one. The highest amount of points they’ve given up this year is 21 and have shut out opponents twice.

Marvin Jones – Even with the injury to DJ Chark, Trevor Lawrence has been able to connect with Jones since. He will go up against a Miami Dolphins secondary that is still good, with Xavien Howard, despite the large amounts of points given up. 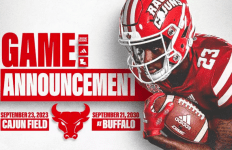