New Orleans played its best game of the season last Sunday in the Caesars Superdome when they shut out the Raiders 24-0. This next game will be on Monday night as the Saints will host Lamar Jackson and the Baltimore Ravens. Here are five things to look out for:

Baltimore’s wide receiver room took a hit as Rashod Bateman has been deemed out for the remainder of the season. Devin Duvernay has stepped up at times and has been productive, but Jackson’s best weapon to throw to is the tight end, Mark Andrews.

Andrews is top three in his position and has the capability to explode offensively. New Orleans is really good at slowing down tight ends though as Demario Davis is exceptional in pass coverage. Jackson may need to go to other pass catchers if they want to have an effective passing game on Monday.

The Ravens are a running football team. In conjunction, they don’t pass the ball as often as other teams. When Jackson does pass, he has the ability to escape the pocket and take off running. It’ll be difficult for the defense of the Saints to rack up sacks, especially since they struggle against most running quarterbacks.

With Mark Ingram out, we may see more rush attempts from Alvin Kamara and Taysom Hill. The other running back who could get come carries that is on the roster is Dwayne Washington, who plays mostly special teams. Baltimore’s run defense is slightly above average as they are giving up 4.4 yards per carry while New Orleans is averaging 5.0 yards per carry.

The home crowd of the Superdome is known for affecting opposing teams. The Black and Gold will need the fans invested in the game through the contest to give themselves a better chance at winning. 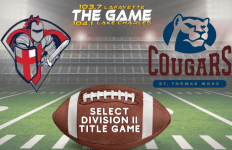