The New Orleans Pelicans announced today that guard Kira Lewis Jr. will be out indefinitely after suffering a torn ACL and a Grade 2 MCL sprain in his right knee. An MRI performed Wednesday night at Ochsner Health confirmed the injury, which occurred during the second quarter of last night’s game against the Denver Nuggets. A date for surgery has not yet been determined.

Lewis was drafted with the 13th pick of the the first round in the 2020 NBA Draft out of the University of Alabama.

In 24 games this season Lewis averaged 5.9 points and 2.0 assists, but was trending upwards over his last 11 contests as the Pelicans earned a 5-6 record.

In those games, Lewis had increased his averages to 7.7 points, 2.1 assists, and 1.5 rebounds each night while shooting nearly 48 percent from the floor.

His loss is a major blow to a Pelicans backcourt that has only Devonte Graham, Tomas Satoransky, and rookie Jose Alvarado at the point guard position. 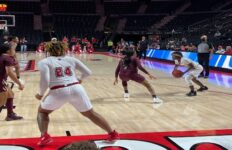 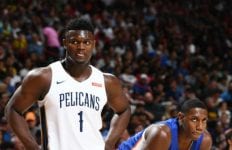