Spring is in the air, and that means it was time for the annual Vermilion and White Spring game at Cajun Field. Due to injuries, this was more of a drill-like atmosphere with situational 11 vs 11.

Here’s a look at some of the players who really stood out today.

The running back turned receiver has been put back in his primary position, and he showed his skills early on today. Jacob was able to cut a handoff to the outside for a big gain to give Team Vermilion some early points.

The Fresno State transfer got plenty of work in the redzone today, completing a pass to Johnny Lumpkin and scoring a touchdown on a 6-yard option read. He also added a 23-yard rushing touchdown on the day. In the scrimmage portion of the afternoon,

Legendre was the most impressive quarterback to me. The throws he made were crisp and on point and he ran the ball with absolute conviction. Legendre looked like a veteran playmaker, which was encouraging to see.

The projected starter for Coach Des’s offense started off very rocky, but settled in and made two big throws to John Stephens Jr, one of them for a touchdown. Fields had a peaks and valleys performance today.

The placekicker that missed most of 2021 with a broken foot looks to be back his former self, nailing 1 of his 2 field goals kicked in the spring game today. He, along with Logan Klotz, Louisiana looks to have a solid room of kickers for 2022.

This is a name most Cajuns fan won’t recognize. The redshirt-freshman from Humble, Texas made a couple of great catches and was able to get extra yards down the field after the catch as well. He could make a big impact in a already solid receiving corps

Defensively, Louisiana looked just as dominant as they were in 2021. Cornerbacks were flying all over the field, the d-line was doing an excellent job of getting in the backfield and disrupting plays as well. Overall, Coach Des and his staff have to be pleased with the effort given today, despite the lack of structure due to missing so many players.

The big special teams play of the day was a blocked field goal returned by Jasper Williams 99 yards for a touchdown. The kick was from UMass transfer Evan Padilla.

Louisiana will return to Cajun Field on September 3rd to open the Mike Desormeaux era as they take on Southeastern Louisiana as the season opener of the 2022 season. 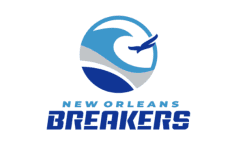 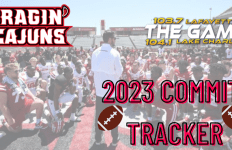 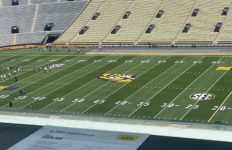