Jalen Johnson is no longer a Ragin’ Cajun.

The 6-foot-7 forward, and Baton Rouge native, has entered the transfer portal as a graduate transfer. Johnson led UL in both points and rebounds during the 2019-20 season as he averaged 15.5 points and 6.6 rebounds per game. Johnson also shot 28.9 percent from three-point range and 82.9 percent at the free-throw line. For that performance, Johnson was selected as the LSWA Newcomer of the Year.

Johnson tweeted out the announcement on Wednesday night, “I would like to thank the University of Louisiana at Lafayette and the men’s basketball coaching staff for giving me the opportunity to play for the university. I would like to thank the fans and the community of ULL for supporting me. It has been an honor playing in front of everyone in Lafayette. I wish nothing but the best for the institution and my teammates. I will be transferring from the University of Louisiana at Lafayette. This is what is best for me and my family. I am excited to say that I am looking forward to what my future holds. I thank God for all the blessings!”

Johnson began his career at Saint Lous before transferring to UL and being forced to sit out the 2018-19 season. In his two seasons with the Billikens, Johnson appeared in 66 games with 42 starts. Johnson was a star at University Lab in Baton Rouge where he helped the team win three state championships.

“We appreciate Jalen’s contributions to our basketball team, both on and off the court, during the 2019-20 season,” Marlin said. “He spoke with me in the past couple of weeks about early entry into the NBA Draft and he has completed his paperwork. Jalen is on course to graduate this spring and we wish him the best in his future endeavors.” 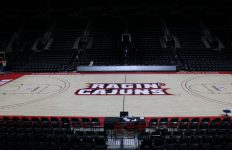 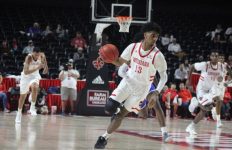