Championship Sunday is a institution in college athletics.

The Louisiana Ragin Cajuns (35-21, 19-11 SBC) were in the Sun Belt Championship final for the first time since 2016, and their opponent is one they are familiar with in championship games: the Eagles of Georgia Southern (40-17, 23-7 SBC). Louisiana fell behind 5-0 early in the game and fought their way back to tie it at five. In the end, Louisiana scratched two runs across in the ninth to win their first Sun Belt Championship since 2016.

The scoring started in the bottom of the second, when Noah Ledford launched a no doubt home run to right field. Ledford had been quiet most of the weekend, but picked the right time to strike for Georgia Southern. Sam Blancato hit a second home run to the same spot as Ledford, as the Eagles jumped out to a early 2-0 lead.

The long ball would help Georgia Southern yet again in the 3rd, as JP Tighe launched the third home run of the game to make it 3-0 Eagles. Ledford delivered again on a 3-2 count, this time a double to center field to score Jesse Sherill to increase the lead to 4-0 Eagles. Austin Thompson would single to center to score Ledford and make it 5-0 Georgia Southern.

Louisiana would finally get on the scoreboard after a RBI single from Max Marusak scored Will Veillon and trimmed the lead to 5-1. Kyle DeBarge would get hit by a pitch to load the bases with two out, which would cause Georgia Southern to bring in Jay Thompson in place of Jaylen Paden. Carson Roccaforte would single to right field, and a throwing error from the second baseman brings a second run home to make it 5-3 in the fourth.

In the sixth, Jonathan Brandon led the inning off with a triple, and Kyle DeBarge got him home on a RBI over the head of the first baseman to make it 5-4.

To the seventh, where Robertson walked and then advanced to third on an error by the shortstop. Julian Brock would then hit a sacrifice fly to right field that scored Robertson and tied the game at five a piece.

In the eighth, a single by Christian Avant was followed up by a double by Austin Thompson to put runners at second and third with one out. A flyout by Jarrett Brown scored the go-ahead run in the bottom of the eighth.

The ninth inning was full of drama. Heath Hood would get hit by a pitch, and Julian Brock would single to right field to advance Hood to third. A steal by Brock scored the run from third and tied the game. Veillon doubled down the right center gap to give Louisiana their first lead of the game.

In the bottom of the frame, Jake Hammond loaded the bases with two outs but a popup to center field would end it for the Cajuns. The win was No. 36 for Louisiana, which is fitting, considering that was the jersey number of Tony Robichaux. I think he was with Matt Deggs and his team today. Sometimes, you just can’t make it up.

Three runs were scored with two outs in this game, proving to be a difference maker in the game.

PLAYER OF THE GAME: Bo Bonds

Bonds came in for Jeff Wilson and kept the Eagles at bay. Bonds went 4.2 innings with 5 hits, only 2 runs, and struck out 6.

UP NEXT: Louisiana will now advance to the NCAA Tournament. Their regional destination will be announced tomorrow at 11 a.m. CT. 4th of July Events in Acadiana→ 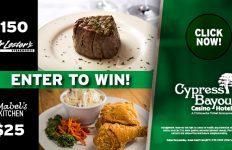 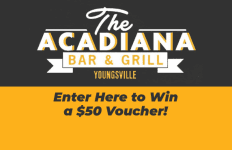