It wasn’t how the University of Louisiana softball team imagined Senior Day at Yvette Girouard Field at Lamson Park.

The ULM Warhawks held onto an early lead to defeat the Louisiana Ragin’ Cajuns 2-1 in their regular season finale.

ULM took an early lead over the Ragin’ Cajuns.

ULM’s Korie Kreps started the contest with a solo homerun to right center at the top of the first inning.

Louisiana went scoreless in the first as ULM added another run at the top of the second. Andie Edwards scored after Madelyn Fletcher flied out to centerfield.

The Ragin’ Cajuns saw a runner in scoring position in the second. Justice Milz doubled to right field, but she was left on base as ULM ended the inning on a groundout.

Louisiana had another opportunity to score as Ciara Bryan reached third. She was thrown out at home after an Alissa Dalton bunt. Julie Rawls stepped to the plate with runners on first and second and two outs in the bottom of the third. Rawls lined out to end the inning.

ULM was threatening to add another run at the top of the fourth. Kreps advanced to third base following an Edwards groundout. The Ragin’ Cajuns recorded the third out still trailing 2-0 entering the bottom of the frame.

Sophie Piskos scored the first run for the Ragin’ Cajuns in the bottom of the fourth. Piskos singled to right field to drive in Kendall Talley. The bases were loaded with only one out after the run. Bryan struck out and Kaitlyn Alerink lined out to first to end the inning.

Both teams went scoreless in the fifth. Jade Gortarez was caught stealing second and Louisiana still trailed 2-1 going into the sixth.

Summer Ellyson struck out ULM’s Kennedy Page to end the top of the sixth for the Warhawks.

The Warhawks entered the final inning up 2-1 over the Ragin’ Cajuns.

The Ragin’ Cajuns kept ULM scoreless in the seventh. However, Louisiana failed to reach home one more time and ended their regular season with a 2-1 loss to the Warhawks.

The Ragin’ Cajuns recorded eight hits on the day, but could not capitalize with runners on base and in scoring position. ULM only totaled two hits for their two runs.

Player of the Game: Amber Coons

ULM pitcher Amber Coons stepped in for the Warhawks and kept the Ragin’ Cajuns off the board. She pitched in three innings, did not allow a run and only allowed one hit.

Up Next: Sun Belt Conference Tournament from May 12-15 in Troy, Ala. 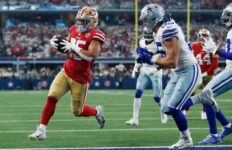 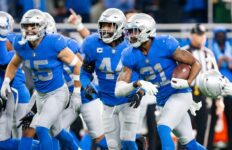