The University of Louisiana women’s basketball team dropped to 5-5 on the road as they struggled offensively in their 79-52 loss to UT Arlington.

The Ragin’ Cajuns started off slow in their second game of the three-game road trip.

UT Arlington led 15-8 after the first 10 minutes. The Mavericks used a 6-0 run in the opening quarter to gain an early advantage.

UL ‘s offense started to string together points to start the second quarter. Jomyra Mathis scored two consecutive field goals to cut into the Mavericks lead. The Ragin’ Cajuns trailed 22-17 with 6:12 left in the first half.

The Ragin’ Cajuns went into an offensive drought before halftime. They went over five minutes without a field goal.

The Mavericks outscored UL -47-30 in the second half and cruised to the home win over the Ragin’ Cajuns.

Player of the Game: Marie Benson

UT Arlington dished out 23 assists on 30 made field goals. The Mavericks were efficient offensively while the Ragin’ Cajuns had just eight assists and shot 16-of-53 from the field. 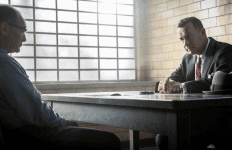 Drew Brees and family commits $5 million to Louisiana in 2020→

COLUMN: I Still Think About the New Orleans Pelicans→