Louisiana softball is a team that has been known to dominate the diamond as well as the league’s weekly awards. So far, 2022 has been no different. Freshman pitcher Sam Landry has been named Sun Belt Pitcher of the Week today by the league office in New Orleans for the second time in the last three weeks.

The Mont Belvieu, Texas native has been electric for Gerry Glasco and his team so far this season, pitching 74 innings with 45 hits, 25 runs (21 ER), walking 31 and striking out 102. That strikeout number currently ranks 5th in the conference, however she is ranked 10th in innings pitched in the Sun Belt.

Landry came into the 2022 campaign with high expectations, having been ranked the #4 recruits nationally by Extra Innings Softball. She also appeared in the 2021 Premier Girls Fastpitch All-American game as a senior. However, the talented pitcher has seemed to handle her expectations well, with her record so far in 2022 sitting at 12-2 and an ERA of 1.99.

Landry and the Louisiana Ragin Cajuns (26-10, 12-3) will travel to Hammond tonight to take on Southeastern Louisiana (26-12, 4-2 SLC) before going to Mobile this weekend to battle with conference foe South Alabama (16-14, 9-1 SBC) Thursday-Saturday. 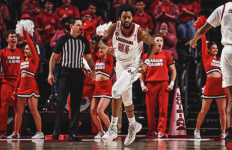 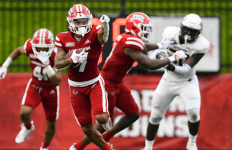 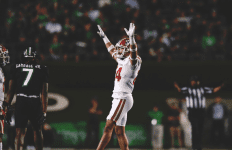 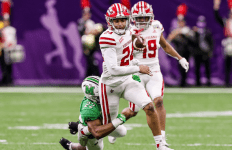