The St. Thomas More Cougars keep the championship home after a 58-10 win over the De La Salle Cavaliers at Cougar Stadium.

STM received the ball first and got off to a quick start with a 44-yard screen pass for a touchdown, ran in by Cougars running back Tobin Thevenot. The Cougars jumped out to a quick 7-0 lead. Noah Frederick was the next Cougars running back to get on the board. He turned a one-yard loss into a 13-0 lead for the Cougars after his rushing touchdown with a little under six minutes left in the first. The extra point was missed, however.

On their next drive, De La Salle converted on 4th-and-7 with a double-pass play to the two-yard line. STM’s defense forced the Cavaliers into a 22-yard field goal to open the second quarter for their first points of the game. De La Salle cut the lead to 13-3.

STM quickly responded with a Caleb Holstein to Jack Bech 28-yard diving touchdown catch to bring the lead back up to 20-3. The Cougars defense intercepted the Cavaliers on the following drive and finished it off with a 39-yard touchdown.

STM’s defense stood tall once again by forcing a turnover on downs and increased their lead to 30-3 after a Cougar field goal.

Another forced turnover from the Cougars defense in the second quarter was able to put them in a good position to put more points on the board before the end of the first half. STM punted it away, but Bech caught his third touchdown pass of the half on the Cougars’ final drive in the second to take a 34-point lead into the halftime break.

STM opened the third quarter the same way they opened the game. This score came in a different fashion as Bech added a punt return for a touchdown to his highlight-filled night. The Cougars led 44-3 with over 10 minutes to play in the third quarter.

The Cougars added to their lead with a touchdown on 4th-and-11 inside the final two minutes of the third quarter. STM led 51-3 entering the final quarter.

STM didn’t stop scoring in the fourth as they increased their lead to 55 points after a one-yard rushing touchdown from Frederick.

De La Salle scored their first touchdown of the game with over three minutes left in the game on a one-yard rushing touchdown.

The clock expired and the STM Cougars won the Division II State Championship 58-10.

The Cougars controlled all three phases of the game en route to a state title. STM played a complete game that is reflected by the score. They forced turnovers, made key defensive stops, scored on special teams and ran their offense effectively against De La Salle.

STM’s junior wide receiver caught three touchdown passes in the first half and opened the second half with a punt return for a touchdown. Bech made his contribution known on a night dominated by both sides of the ball from the Cougars. 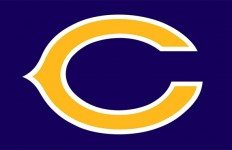