We have seen a frenzy of offseason spending in 2023, with massive payouts to players into their late thirties and even into their 40s. While clubs are spending like drunken sailors the Houston Astros are sailing smoothly into 2023. They signed Jose Abreu and Rafael Montero and have not addressed some needs that we all know they should probably address. I contend that they do not have to continue to spend. The Astros are a good place where they stand, but I do not think anyone would object to the Astros adding to this ball club if the price is right.

The Astros have added Abreu and that makes this lineup even better than in 2022, on top of that you still have the possibility of bringing back Brantley or signing some LF help at a lower price. They can also go after a Chris Bassett type of arm, here is why I would do this if I were the Houston Astros. Chris Bassett gives you a SOLID option all season long, as well he is a former division rival. That can help in battling other AL West teams. He would also be leaving the Mets; they are my pre-season favorite for the second year in a row to be the N.L. representative in the World Series vs. the Houston Astros. The main reason I think they could bring in another arm is simply for load management and let us be honest we don’t know if Lance McCullers can go a full season without going down at some point. Mr. Bury me in the H’s talent, drive, and desire to win are never in question. The question is can he stay healthy for an entire season? I want him to be able to but with his past injury history, it is something he will have to show he can do in 2023.

So why aren’t the Astros out spending like 20-year-old YouTube sensations who do not have anyone monitoring them? It is because the Astros have proof that not overspending and allowing big names to walk helps more than it hurts. The fact that Jim Crane has a team of executives, baseball minds, and players in development where the Astros are threatening to win one, two, or even three more World Series titles tells me all I need to know about this club and the elite position this team finds itself in.

Here is the spending of each club this offseason. From (spotrac.com)

1.     New York Yankees have signed three players as of (12/9) and spent $411,500,000 and I would contend are essentially rolling out the same team they had last year. Unless they add players, even if they do, the price is massive and if they do NOT win the World Series in 2023, I will judge this a gross overspend and a failure. (Players signed: Aaron Judge, Anthony Rizzo, and Tommy Kahnle)

They are said to be looking into Carlos Rodon, Carlos Correa, and others. Can the Yankees make more moves, and will those moves put them in a position to beat the Astros?

2.      Philadelphia Phillies have signed three players as of (12/9) and spent $397,000,000. The Phillies unlike the Astros, I would say they have improved their club considerably more. They are trying to keep pace with the Braves…. or are they? I get what the Braves have done but the Phillies were in the World Series the Braves failed to get there in 2022. (Players signed: Trea Turner, Taijuan Walker, Matthew Strahm)

The Phillies I would say have a better chance of getting back to the Fall Classic now than they did before the Winter Meetings.

3.     New York Mets have signed five players at $386,000,000 which is $11 million less and 2 more players. The Mets are going for the World Series and are seeking to dethrone the Phillies and win another N.L. East division title. The Mets are more than likely not done spending. (The Mets signed: Brandon Nimmo, Edwin Diaz, Justin Verlander, Jose Quintana, and David Robertson.)

This is a reaction by Steve Cohen to two things: one. To make up for the loss of Jacob Degrom, 2. To get back to the World Series. The Mets are in a tough division, but they have reloaded quite nicely.

4.     San Diego Padres have signed two players not as efficiently at $326,000,000. They failed to wrangle Aaron Judge with a whopping $400 million for 10 years offer and are still looking to sign others as well. The Padres seem to be just good enough, but last year they were one step closer to their first World Series Title. Being in the World Series gives you a 50/50 shot and although the Astros were the favorites, who knows what would have happened? (Players Signed: Xander Bogarts and Robert Suarez)

The Padres need to utilize the return of Tatis and make sure to maximize their use of Manny Machado because he may sign with another team in FA after 2023.

5.     Texas Rangers made big moves in 2022 but could not find their way out of the cellar. They were plagued by injuries as well as poor pitching and mediocre performances from their newly acquired middle infielders.

While these names may not be head turners the Perez signing along with Odorizzi shows me that they have their sites on beating the Astros.

In a recent conversation I had with Clay Hensley (former MLB Pitcher and World Series Champion player for Bruce Bochy in 2012) the Rangers are going for the World Series. Which means they may not be done spending.

You did not see the Houston Astros in the Top 5 of payrolls. It is not a typo. I for one do not think the Astros HAVE to make any more moves. They are in a great spot, and I do not think they HAVE to replace Martin Maldonado. The Astros appear to be solid in their commitment to Maldy, he is the team captain and there are many reasons to keep him. I am sure there are probably just as many reasons to move on from him. I do believe that I will ever fully understand why a club does or does not move on from an aging player. I do however trust Jim Crane, and all of a sudden public opinion is waning in confidence for Mr. Crane. That is something I cannot fathom this mindset as he has set up this organization and springboarded them to more success under his ownership than all the other owners in Astros history combined.

The Astros in the past have been handcuffed at the trade deadline and going into the new season, I think they should sign Michael Brantley and another budget-friendly option in LF. I would say Corey Dickerson or even Michael Conforto. Conforto could be on a 1-year deal as well as Michael Brantley with a one-year and a second-year option. If they do this, they would be in a prime position to get a big arm if needed or another piece at the trade deadline. By then one or more players will have some value to trade in the CF department or even a catcher possibly. I am happy with where this club is headed, I can also see fans being upset at the Astros not doing more this offseason. This club did sign Jose Abreu and has lefties in the wings waiting for another shot this season. 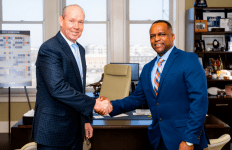 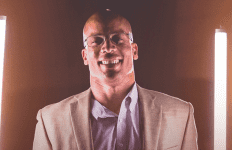 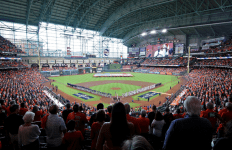