For fifteen years, Jordy served as the sideline reporter for both the LSU Sports Radio Network broadcasts and the Cox Sports Television broadcasts of the LSU
football games. Additionally, as the host of the LSU’s head football coach’s show “Inside LSU Football,” played throughout the southern region. As well as, host
of “Inside LSU Basketball” and other sports show throughout the country on CST.

In 1983, Hultberg began his journalism career as a color commentator for the (then) newly developed LSU pay-per-view system known as “Tigervision”. Since then,
he has provided analysis for ESPN, ESPN Regional, Jefferson Pilot Sports, Fox Sports South, Comcast, and Cox Sports Television.
Hultberg served eight seasons as the host of “Hornets Tonight,” the NBA New Orleans Hornets pre-game show on Cox Sports Television. He also served as the
sideline reporter during the telecasts and was the host of the half-time show, and wrapped things up as the host of the Hornets post-game show throughout the
NBA Season.

No stranger to basketball in Louisiana, Hultberg was a shooting guard and two-year captain of the LSU Tigers basketball team under Dale Brown from 1976 – 1980.
He helped the Tigers win two SEC titles and make two NCAA tournament appearances. He was noted for his long shots before there was a three-point line. Upon
graduation with a degree in Finance, he served as an assistant coach at LSU for three seasons, handling every aspect of the program, from coaching to scouting
and recruiting.

Listen to The Jordy Hultberg Show Afternoons on 103.7 The Game 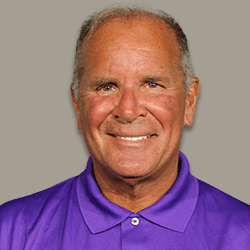