Alex Bregman has been a major part of the Astros championship culture since he first arrived in Houston during the 2016 season.

He was highly touted, drafted second overall (behind Dansby Swanson) and has never looked back as a member of the Astros. Before diving into is Amazing August numbers, we must look at how we arrived at the place of words and phrases such as, He’s Back, The Return, 2019 Alex Bregman.

In 2020, Bregman dealt with hamstring injuries that did not allow him to contribute on a consistent enough basis to really get going. The following season the former LSU star added several pounds of muscle and took on a new look. Bregman would deal with leg injuries in March 2021, as well hamstring injuries again in June of 2021.

Bregman’s talent has never been a question.

His drive up to these years had never been a second thought. Looking back at the landscape there were rumblings about Bregman. Had he lost his fire, his drive? Had his big contract and other aspects put him in a place where he was not there for “The Grind.” That proved to be rumor and speculation, as Bregman has shown in 2022.

I do recall watching him play at LSU, we lived in Zachary, Louisiana for a couple years. Those were Bregman’s two years under former coach Paul Maineri, the kid out of Albuquerque, New Mexico was everything his coach thought he could be and more. Winning SEC Freshman of the Year and leading his team on and off the field when the Astros drafted him, they knew what they were getting.

Bregman felt great coming into Spring Training this year, but he would have a sluggish start and if you compare his first half and his second half it appears, he has found his swagger again.

*Numbers prior to Tuesday’s game at Texas.

These numbers do not lie and tell a story where Bregman is surely to keep pace and hopefully into a long playoff run in 2022. This could be the year he competes for playoff series MVP, and if the Astros get back to the Fall Classic could be a career post season run for Bregman.

The Astros need his bat and swagger with slugger Yordan Alvarez having issues with his hands, Aledmys Diaz who has yet to return from the IL, and struggles at the plate for Jeremy Pena. If Yordan can get back to even 80 percent of what he was the first two thirds of the season the Astros should be benefactors of run production to tick upward.

Hunter Brown has been added to the Astros Taxi Squad and will remain an option for October if the Astros see fit.

JJ Matijevic and Brandon Bielak have been recalled from AAA Sugar Land, and Jake Meyers has been sent down to work on getting stronger as well working on his swing.

The Houston Astros also picked up the contract of Yainer Diaz with an arrival date of September 1.

An MRI on Verlander’s calf revealed fascial disruption, but no muscle fiber disruption. It is known as a pulled calf muscle. Verlander also said in an interview with the media on Wednesday that if he feels good, he will not stay on the IL for the entire 15 days. Still too early to know. 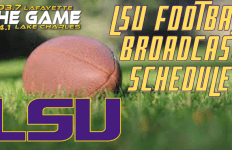