There was one reason that topped all others when the New Orleans Pelicans targeted Trey Murphy III at the NBA Draft last month.

He can flat out shoot the basketball.

Over three seasons of college basketball, Murphy averaged 2.2 three pointers made while shooting better than 40 percent from distance.

As a team, the Pelicans finished 26th in the NBA last season with a 34.8 shooting percentage on three point attempts. Making things even more difficult, the team has lost three of its top six players in terms of made threes from a season ago (Lonzo Ball, Eric Bledsoe, JJ Redick), and could be losing a fourth (Josh Hart).

That quartet made 407 of the Pels’ 762 triples (53 pct.), leaving Brandon Ingram and Nickeil Alexander-Walker as the only players on the roster to make more than 50 three pointers in 2020-21.

New Orleans enters the 2021-22 season with only two players who knocked down better than 35.7 percent of their threes while attempting at least 100 shots from behind the arc, the same number as last season.

So, yeah, the Pelicans are in dire need of anyone who can put the ball into the basket from long range.

In his summer league debut, Murphy converted six of his nine attempts from beyond the arc on his way to scoring 26 points in 28 minutes to lead all scorers in a 94-77 victory of the Chicago Bulls on Monday afternoon.

Once you subtract Murphy’s stellar effort, the rest of the team was just 2-23 from distance (8.7 pct.).

Though he’s only made one of his last nine three pointers, Murphy has found other ways to contribute.

When the three isn’t falling, Trey has been able to get his share of twos, going 9-of-13 inside the arc.

He has the length to finish in traffic with the dunk…

He’s also proven to be a capable passer who can read defenses and create scoring opportunities for his teammates.

Murphy has been a solid defender on-ball and off, living up to the reputation of many Virginia Cavaliers who have entered the NBA over the past few years.

He’s second on the team in steals, trailing Marshall, and he’s been able to use his length to frustrate multiple shooters.

It doesn’t appear that replicating effort will be a problem for Trey Murphy III. He brings the type of energy, attitude, and basketball IQ that David Griffin has said his team has lacked.

If Murphy can replicate the results of his summer league stint up to this point throughout the regular season, he could become a vital contributor for a franchise and a fan base desperate for a postseason berth. 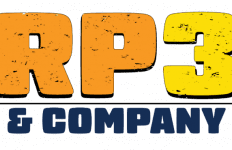