For the first time in eight years, the United States Men’s National Team was in Qatar to play in the FIFA World Cup. Tim Weah got the US on the board early, but a Gareth Bale penalty kick soured things as the United States and Wales drew 1-1 in a Group B match.

The Stars and Stripes were handed a pair of yellow cards early in the contest, with Sergino Dest receiving one in the 11th minute and Weston McKennie getting one two minutes later.

In the 36th minute, Christian Pulisisc moved the ball into the attacking third and found Tim Weah streaking through the middle to put the US ahead. Weah became the first USMNT player born in the 2000s to score in the World Cup.

However, in the 81st minute, Gareth Bale scored on a penalty kick to level the match at one a piece.

The United States would not be able to answer back and both the US and Wales would have to settle for a point a piece.

MAN OF THE MATCH: Tim Weah

Weah was the lone goal-scorer in the contest for the Stars and Stripes in his first ever World Cup match.

UP NEXT: The United States will battle with England on Friday. Kickoff is set for 1:00 p.m. and you can watch that match as well as every WC match on Telemundo Lafayette (Lafayette 50.3, Cox 19; Lake Charles 19.2, Suddenlink 137). 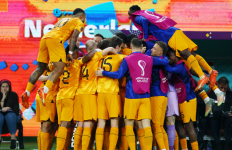 USA GAMER: Netherlands gets early offense in Round of 16 win→ 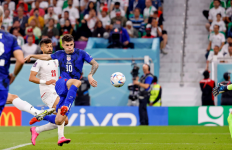 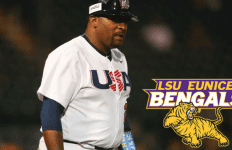 The TikTok App Is Facing A Potential Ban In the U.S.→