The last time the LSU Tigers were in the College World Series was in 2009. Current Detroit Tiger Mikie Mahtook was part of that squad and did something incredible on Tuesday evening while the current Tigers were in Omaha trying to force a game three.

Mahtook hustled down to the warning track and crashed into the wall of Comerica Park to end the top of the fifth. What’s amazing is the replay showed that the former STM Cougar caught it towards the bottom of the glove and he still was able to hold on to record the third out. The Tigers would go on to win the first game of a three-game set against the Kansas City Royals 5-3

Mahtook is continuing to do amazing things in the majors. In his third season in the majors, he is batting .253 with 4 home runs and 14 RBIs. 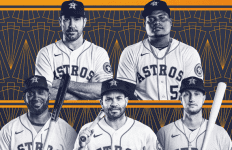