CARENCRO — When it comes to senior Zavione Willis, he’s used to being the oldest kid across the offensive line. Willis is also used to being the leader of a line that, when he first started playing for Carencro, consisted of all freshmen.

“We had our days, but they were all coming out of middle school and weren’t as mature as they are now,” Willis mentioned. “We had a bad season that first year, but I believed in them and we just kept working. You can tell by our record that we improved every year.”

It’s been a long journey for him, starting out as a running back in middle school, but growth spurts changed his trajectory and moved into a more comfortable position for him. Willis might have had to learn a new position but something he never needed to learn was stepping up in a leadership role.

“My sophomore year we had freshmen starting and I had to be a leader,” Willis said. “I’ve been a leader all three years and I just feel like when I started younger it taught me how to lead by being the older person out of the whole o-line.”

Willis added, “I’ve always been the older one and I felt like it got them better and made them be leaders for when I’m not there next year they can carry the load.”

Much like other offensive linemen, Willis also competes on the Golden Bears wrestling team — an experience that has helped him in more ways than one.

“It helps me in one-on-one battles,” Willis said.  “When you’re wrestling, it’s always one-on-one. When it’s wrestling, you don’t have to depend on anyone but you to get the job done. Wrestling helped me a lot with my hands, my feet, and more importantly my strength.”

With being a starter the previous three seasons, Willis has also seen a lot of changes with the Bears, and credits the moments that Tony Courville took over the program as head coach as a turning point, not only for him but for the entire program.

“With Coach Courville, I learned how to love people even more,” Willis quipped. “When he came into the program, everything changed. We were more organized and I learned about the brotherhood.” 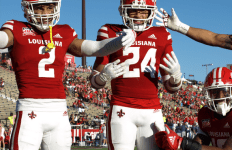 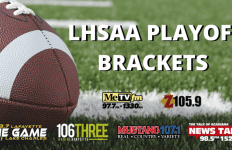 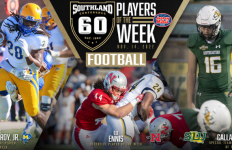 MECHE’S FRIDAY FIVE: What to watch for in the Saints-Steelers game→