According to Shams Charania of Stadium, Zion Williamson and the Pelicans have reached an agreement on a 5-year, $231 million rookie supermax contract extension that will keep the former #1 overall pick in New Orleans through 2027-2028.

Williamson missed all of 2021-2022 with a foot injury but was incredible in 85 games during his first two years. Williamson averaged 25.7 points per game, with 7 rebounds and 3.2 assists per game as well. He also shot 60.4% from the field and 33.3% from deep in those two years.

When asked about the extension at exit interviews back in May, Williamson said “I wouldn’t be able to sign it fast enough”. He also stated that he wants to be in New Orleans long-term, which is what led to the quick report of his extension

“I do want to be here, that’s no secret,” Williamson said last month after the Pelicans were ousted from the playoffs by the top-seeded Phoenix Suns. “I feel like I’ve stood on that when I spoke. It was a long year for me for rehab and mental battles. I’m fine now. I’m ready to get to work.”

According to reports, the Pelicans are also in the running for Kevin Durant, who requested a trade out of Brooklyn earlier this week.

Williamson’s deal with New Orleans will be official on July 6th when rookie extensions can be finalized. 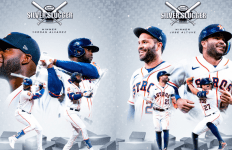 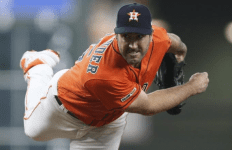 Justin Verlander did not travel to LA with Astros, reports say→