For as long as he can remember, Grant St. Cyr has always identified himself with St. Thomas More football.

From the casual neighborhood pickup games and attending STM football games while in elementary school, the senior Cougar cornerback talked about what it means to play a role in the storied local program.

“It really means a lot,” St. Cyr said. “I’ve been around STM for a long time. It’s fun being out there.”

As of now, the Cougars cornerback is taking it by week-by-week and is trying not think too much about this being his final season.

“As a senior I’m trying to take it week-by-week because it’s going by a little too fast right now,” said St. Cyr who plans to pursue a degree in mechanical engineering at LSU. “It feels like we started summer workouts yesterday.”

St. Cyr also admits that it doesn’t seem that long ago that he was playing football in his neighborhood — against older kids none the less. St. Cyr said playing with kids older than he helped prepare him for the physicality that comes along with playing defense.

“We played football in our neighborhood all the time,” St. Cyr said. “They were all seven or eight years older than me so that helped a lot. It taught me how to tackle.”

That sound approach has helped St. Cyr help lead an STM defense which has allowed the Cougars to hold opponents 13.3 points per game through their first three games of the season. More importantly though might be the chemistry between the Cougars on that side of the ball.

“The chemistry part is all in the summer,” St. Cyr said. “In workouts, we push each other. We all have a certain goal in mind.”

That goal is of course is getting back to the state championship game, and this time bring home the title. STM lost a shootout to University High, 55-46, in the Division II championship last season.

“If I do my job and the guy next to me does theirs then I know we’ll be fine,” St. Cyr said. “As a team, one end goal is state but we know we have to take it week-by-week. We’re trying to take it slow.”

For right now, St. Cyr and the Cougars are focused on this Friday’s game against one of the perennial state powerhouses. STM (3-0) hosts Neville (3-0) on Friday. Kickoff is set for 7 p.m. and can be heard live on 103.7 The Game.

St. Cyr said this game has been circled on the calendar for a while now.

“We’ve looked at it since we got our schedule last year. We all love the schedule, though. This week being Neville and next week we have Catholic. We love going against the big schools. It not only makes us better, but it’s fun beating them.”

So until St. Cyr moves onto the next step in his life, he will still get to enjoy wearing the Cougar moniker on his jersey this Friday and hopefully all the way until STM comes home with a state championship in tow. 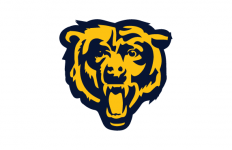