After recording a career-high three hits in both of McNeese’s wins over Texas A&M-Corpus Christi, Cowboys catcher Andruw Gonzales has been named the Southland Conference Hitter of the Week the league office announced on Monday.

This is the first career weekly honor for the Elgin, Texas native, and Gonzales is the first Cowboy to receive the offensive honors this season.

McNeese will host Northwestern State for its last home stand of the regular season. First pitch for Friday’s first game is scheduled for 6 p.m.

For the third time this season, McNeese softball star Ashley Vallejo was awarded Pitcher of the Week, while Alayis Seneca picked up her first career Hitter of the Week honors the Southland Conference announced Monday.

Vallejo and Seneca led the Cowgirls to a 3-2 week, picking up a shutout win in a midweek competition at UL-Monroe followed by two shutouts against University of Incarnate Word in the final home SLC series of the season.

The McNeese softball team wraps up the regular season with a three-game SLC series at Nicholls. First pitch for Friday’s first game is 4 p.m. 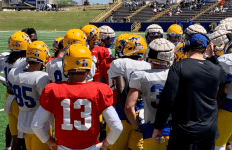 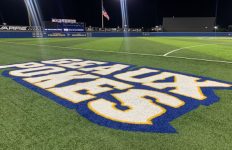 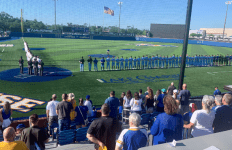